Cryptocurrencies have grown rapidly in value, usability, and ubiquity since they were first introduced to the general public in 2009.

Many stores and merchants accept them. Investors see them as a potential source of profits and long-term capital appreciation. They are being taxed and regulated by governments across the world.

Cryptocurrencies replacing fiat money is one of many debates that have validity in today’s world of digital assets. Cryptocurrency is simply one of them.

What Is Fiat Currency?

Fiat money is what it sounds like: a kind of government-issued currency.

Commodity money, like gold and silver coins, salt, and even shells, derives its value from the intrinsic value of the commodity itself. A government’s declaration that fiat money is legal currency gives it value. Yet, it has no inherent worth.

To put it another way, cryptocurrencies are digital assets used as a means of trade. They’re digital currency.

They make it possible for two people to do business directly, without the need for a middleman like a bank.

Even gold is scarcer than Bitcoin. Gold has a fixed quantity of 21.000.000 units despite the fact that governments can print fiat money at any moment.

Cryptocurrency works because of two things.

To begin with, investors have faith in the value of a certain cryptocurrency and the possibilities it opens up for them. There are a variety of options available to investors, including coins, tokens, and futures contracts.

For example, you can buy a satoshi, which is equal to 100 millionths of a bitcoin. It is possible to link tangible assets like property to a digital value on certain platforms.

Thus, investors can use a financial contract worldwide. The value of a currency is ultimately determined by its users and investors. And, you’ll want to read this guide for complete crypto beginners as well.

The Power of Blockchain

Second, cryptocurrencies operate on a blockchain network that is distinct from the conventional financial institutions that govern the economy.

The decentralized transparency architecture of blockchain technology sets it apart from other types of networks. The system confirms a transaction throughout the redundant network. Many nodes across the world keep track of it independently, adding and updating records as they happen.

As a result of the distributed ledger technology, each blockchain node has its own unique set of cryptographic keys. In a “block” of data related to the user’s identity, the system logs each approved action or transaction. This produces a chain of permanent, redundant historical records.

Which Cryptocurrencies Are the Most Popular?

Over 10,000 cryptocurrencies were in existence by November 2021.

As shown by some of the most well-known examples.

The decentralized network of Bitcoin, which dates back to 2009, is widely considered as the first cryptocurrency on the market.

The digital currency’s value has climbed from a tenth of a cent in 2010 to almost $50,000 today with just 21 million coins in circulation. Bitcoin is still the most well-known and dominant crypto brand in the world.

The second-largest cryptocurrency by market capitalization is Ethereum.

Users may create and operate apps of any kind, including financial goods, smart contracts, databases, and games, using the ether as the token.

Like Bitcoin, Litecoin uses scrypt algorithms and operates on proof of work. It’s the original consensus mechanism in cryptography, to verify transactions.

There are also faster transaction confirmation times with this method. Virtual miners compete to solve mathematical problems. And, they are the first to validate a transaction. They update the blockchain for a cryptocurrency reward in the same way as mining works.

On the other hand, Cardano relies on proof of stake, which is similar to that of Ethereum.

Proof-of-stake is a consensus mechanism in which those responsible for verifying transactions. Also, updating the blockchain, and receiving a cryptocurrency reward put some of their own coins at risk. To ensure the transaction’s authenticity, more validators must follow suit.

The system updates the whole blockchain. And, all validators earn their rewards whenever they achieve a particular amount of validations.

The United States dollar coin, on the other hand, is unique. They’re considered “Stablecoins.” These are crypto “dollars” that links to an external currency or commodity.

The idea is to reduce the volatility of the cryptocurrency by connecting its value to the value of the US dollar or precious metals.

Others include Dogecoin and Polkadot as well as Tether and Binance Coin which are both valued at billions of dollars.

What Are the Uses of Cryptocurrency?

The blockchain address is the only way to monitor a cryptocurrency transaction.

When it comes to unlawful operations like frauds, black market purchases, or transactions on the dark web, they’re an ideal vehicle. In contrast, many factors fueled the rise in the popularity of cryptocurrency-based platforms.

These include time, profitability, expansion, and advancement of what these platforms can provide. Cryptocurrency is particularly appealing to younger investors. They are comfortable functioning in a digital, virtual environment with global reach.

Cryptocurrency is, at its most basic, a kind of electronic money. If the receiver accepts the cryptocurrency you wish to use, you may purchase products or services, transfer money, or even give money. Because it has a worldwide reach, you can use it abroad or on a trip.

You can use cryptocurrency to invest in the stock market. Investors make profits by purchasing or trading digital assets. It’s all within the expectation that their value rises significantly.

Consider the development of new applications for the cryptocurrencies’ blockchain networks. These include secure contracts, treasury, or voting systems. It all lends itself to speculative investments as well.

Among many, the decentralized technology working in the blockchain network is a promising feature.

In this sense, both currencies facilitate transactions between two parties and serve as a store of value.

Cryptocurrencies, on the other hand, provide a number of advantages that the current money system is unable to provide. After all, anyone can use them, anywhere, at any time, and without the need for banks or governments. Cryptocurrencies’ most innovative feature is this.

Fiat money, on the other hand, is essentially a kind of debt. Every time a central bank prints banknotes, it’s also issuing a portion of the country’s debt to you, the consumer. Is it possible to explain this in any other way?

Look at currencies like those created in Europe and America as an example.

The value of fiat money comes from the government’s declaration that it is legal tender. Otherwise, there is no inherent value to fiat money. The vast majority of money a government generates comes from borrowing money.

When customers borrow money from banks, they produce money for the banks.

Bitcoin, unlike conventional money, does not seem to derive much of its value from debt. The underlying worth of Bitcoin extends beyond the confidence of its users. The value of Bitcoin is based solely on how well it serves as a means of trade.

When the Types of Currency Clash: Issues Solved by Digital Currency

It’s not uncommon for government agencies and regulators to classify anything that’s used as money as such.

For more than a millennia, fiat currency, often known as real or tangible money, has satisfied all three conditions.

Most wealthy nations, on the other hand, are already seeing a decline in the use of paper money due to technological advances. Governments, banks, corporations, and individuals are all using electronic ledgers to transfer money.

It’s happening in place of traditional paper checks and cash.

Welcome to the “cashless” economy. Consider the high maintenance costs of modern financial systems. They need the involvement of third parties to confirm the validity of transactions.

These third parties need that you put your money in the hands of someone else. Unfortunately, third parties’ unethical behavior leads to worldwide financial crises.

You can verify transactions and confirm them without the requirement for a third party. Because blockchain technology and automatic consensus processes validate transactions. They also record the information in an unalterable form, each party gets credited or debited accurately.

There are both good and bad aspects to the present form of cryptocurrencies.

They are not governed by central banks in the same manner as fiat currencies in industrialized nations. A central bank’s monetary policy toolbox includes interest rates and open market operations. A core concept of cryptocurrencies, decentralization, eliminates these devices.

If bitcoin, in its present condition, replaces fiat money, consumers may not have any financial remedies or safeguards.

An all-out replacement of fiat money is still under investigation and evaluation. The transformation will usher in an age of perfect global stability. Or, it will have severe negative effects on economic and financial stability.

IMF advises against using cryptocurrencies like Bitcoin as a primary national currency. Mainly, because of their high volatility. A further concern is a lack of consumer safeguards and an unstable macro-financial environment.

However, the IMF acknowledges that there are exceptions. Nations, where cryptocurrency risks are an upgrade over the current financial system, are more likely to embrace it.

As a medium of exchange, cryptocurrency has limitless possibilities. After the Russian invasion of Ukraine in 2022, for example, many Ukrainians switched to cryptocurrencies as a means of payment. Many people would have gone bankrupt if not for cryptocurrencies.

Consider the many people in nations suffering from severe fiat devaluation. They use crypto it to protect their money, send remittances, and do business in general.

What Is the Prognosis for Currency in the Future?

Currently, you may trade or swap cryptocurrencies for fiat cash with other cryptocurrency users. The popularity, comprehension, and acceptability of cryptocurrencies and blockchains are all increasing. The more people use and understand it, the more valuable it may be as a currency.

A look at how bitcoin has been used throughout the globe suggests that its usage will continue to rise.

Several currency situations might develop if these tendencies persist. It is possible that culture and economy may adopt cryptocurrency to the point where it completely replaces the country’s fiat money. Its government would be compelled to accept it as legal money, and the usage of fiat currency would be phased out altogether.

It is possible that digital assets and fiat currencies may be combined in the future. Both may be recognized by governments, who would then be able to collect taxes and use the money to support their various programs and armies.

Consumers and companies were free to choose the option that best fit their needs.

Third, a community may choose to abandon cryptocurrencies altogether. They might stick with its current fiat money system.

Blockchain technology is leading civilization toward a specific type of system. One where you can’t manipulate financial data or falsify it.

Regardless of what happens, cryptocurrency has potential. It can help individuals throughout the globe and the economies that support them.

Still to be seen is the destiny of fiat and cryptocurrency. Both have shown to be viable means of trade, accounting units, and value “storage.”

Investing in Currency: Crypto vs Fiat

History has shown that money and the mechanisms that support it will keep evolving. Cowrie shells to crypto: the criteria and utilization for value, trade, and accounting remain the same.

Cryptocurrencies may very well represent the next evolutionary step in the history of money. We hope that our guide on fiat currency vs cryptocurrency has given you a solid understanding of both types of currencies.

Next step, head straight to our finance section for more tips and explainers on all things crypto (and otherwise). 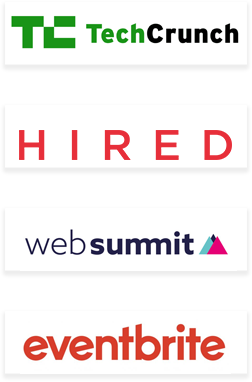